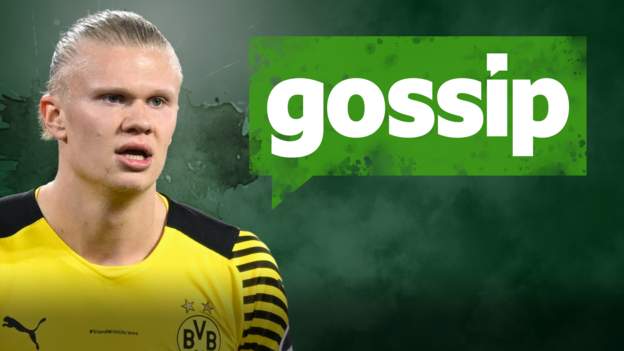 Manchester City and Portugal midfielder Bernardo Silva, 27, says he is pining for a return to his homeland and Benfica in the next two years. (Mail)

Chelsea manager Thomas Tuchel has played down speculation linking him with Manchester United, saying the Stamford Bridge club “has everything it needs to make me happy”. (Metro)

Belgium midfielder Youri Tielemans, who has a contract with Leicester City until 2023, says talks are taking place with the Foxes about his future and the 24-year-old will study his options this summer. (Metro)

Brazil defender Dani Alves, 38, says former Barcelona team-mate Lionel Messi is not enjoying himself at Paris St-Germain and hopes the 34-year-old Argentina forward can return to the Nou Camp. (Mirror)

Barcelona are interested in Tottenham and Spain defender Sergio Reguilon, 25. (Sport – in Spanish)

Real Madrid are interested in Monaco midfielder Aurelien Tchouameni but the France international is targeting a move to the Premier League, with Liverpool, Manchester City and Manchester United interested in the 22-year-old. (Marca)

Manchester United goalkeeper David de Gea, 31, was left out of Spain’s squad for their international friendlies against Albania and Iceland because he does not fit their style of play. (Manchester Evening News)

Manchester City have agreed a £5.4m deal to sign Atletico Mineiro forward Savio, 17, who has played for Brazil at youth level. (Goal)

The back page of the i Newspaper