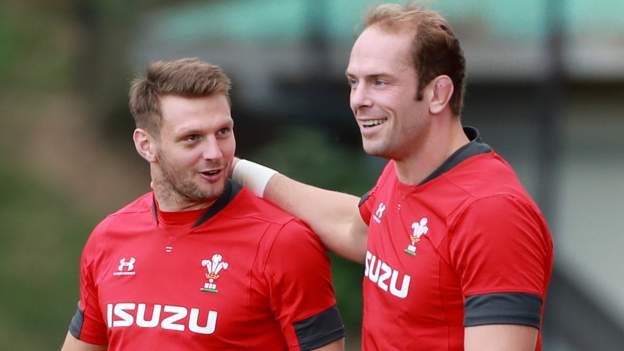 Wales take on Italy on Saturday with only pride on the line for both teams following disappointing Six Nations.

Lock Alun Wyn Jones will become the first player to reach 150 caps for one nation, with an emphatic win expected.

The fly-half believes Wales were the better team in losing last week’s contest against Grand Slam-chasing France and they next face a side whom they have beaten in each of the past 16 meetings.

Italy – who once again will finish bottom of the standings – are searching for their first Six Nations win since 2015 to end a miserable run of 36 defeats in the tournament.

Biggar continues to lead the team despite the return of Wales’ long-term captain, with Jones replacing Will Rowlands at lock in one of seven changes.

Johnny McNicholl, Louis Rees-Zammit, Willis Halaholo and Gareth Davies are recalled in the backline, while Dewi Lake and Dillon Lewis are selected up front.

Italy make two changes to the side beaten by Scotland, with full-back Ange Capuozzo making his first start after scoring twice from the bench last weekend.

He replaces Pierre Bruno, with Edoardo Padovani switching to the wing, while Marco Fuser is preferred in the second row to Niccolo Cannone, who drops to the bench.

Eddie Butler: “Of all the predictions this is the least demanding: Wales will win. Wales will play with purpose and width and find freedom at last.

“But there’s something about Italy that stirs the soul – their youth, their lack of fear, their desire to stay in the Six Nations; Ange Capuozzo, dancing, gliding, absolute proof that there is room for even the slenderest of shapes in international rugby.

View from both camps

Wales head coach Wayne Pivac: “At the start of the competition we had probably written it off due to the absentees but, certainly, we’ve grown throughout the competition, which has been really, really pleasing.

“We are building depth in a number of areas which is really important going through to the World Cup next year.

“Clearly, we want to win every Test match when we take to the field, and we weren’t happy with round one (against Ireland), but steadily we’ve built and there have been a lot of positives to come out of the last three matches.”

Italy head coach Kieran Crowley: “We will face a team that has recovered important players and who will want to react.

“We want to close the tournament in the best possible way by continuing the game shown in several moments of the match against Scotland.”