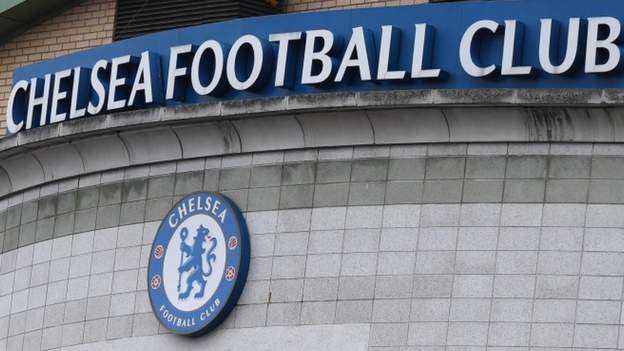 The Ricketts family, who own Major League Baseball team the Chicago Cubs, a consortium featuring Lord Coe and another group led by British property investor Nick Candy have all submitted offers to buy Chelsea.

A deadline for bids was set for 21:00 GMT on Friday after the Premier League club had been put up for sale by Russian owner Roman Abramovich.

Chelsea fan Candy said that he had secured additional investment from South Korea and that his bid is “over £2bn”.

Abramovich’s attempt to sell the club was halted after he was sanctioned by the UK government and his assets, including Chelsea, were frozen.

That move came in the wake of Russia’s invasion of Ukraine, with Abramovich understood to have strong ties to Russian president Vladimir Putin.

American investment firm Raine Group has been tasked with selling Chelsea and the UK government is expected to issue a new licence, allowing the club to be sold, once a preferred buyer had been highlighted.

Although the official deadline to purchase the west London Premier League club was 21:00 GMT on Friday, some final bids are likely to be submitted into the weekend.

There are still more than 20 interested parties, but the number of confirmed bids is likely to be 10 to 15.

Chelsea and Raine Group will make a shortlist next week, with the preferred bidder then requiring government approval, which will involve proving the source of funds and where the money goes next.

Any sale will also need to be signed off by the Premier League’s owners’ and directors’ test – known as the ‘fit and proper person’s test’.

One of the bids was submitted by a consortium led by ex-Liverpool chairman Sir Martin Broughton and Lord Coe.

“I remain the only person [in the bidding process] to have effected a change of ownership at a major football club in a similar situation, which I did at Liverpool 12 years ago,” Broughton, who is also a former British Airways chairman, said.

“As a lifelong fan, I am committed to ensuring Chelsea maintains its preeminent position at the top of European football and making sure we put fans first.”

The consortium said fans would be “at the heart of decision making” if the bid was successful and it would “guarantee the club is never beholden to a single individual or sovereign wealth fund”.

Speaking to BBC Radio 4’s Today programme on Saturday, Broughton said the consortium were “fully on board” with the recommendations made by a fan-led review into the sport last year.

Former sports minister Tracey Crouch chaired the review, which stated supporters should be consulted on all key off-field decisions through a ‘shadow board’.

“All the ideas Tracey Crouch put forward are on the table,” Broughton said.

“We don’t want to tell the fans which elements of the report we want to introduce, we want to sit down with them.

“We absolutely think that the winning bid needs to be fan friendly and it needs to take on board the philosophy of the Tracey Crouch report.”

A spokesperson for Candy’s Blue Football Consortium said: “I can confirm that the two South Korean firms Hana Financial Group and C&P Sports Group are a significant part of Mr Candy’s global consortium of investors.

“Their involvement is representative of Chelsea’s global brand and huge loyal fanbase in Asia.”

Candy added: “Football clubs are vitally important community and cultural assets, and this is a once-in-a-lifetime opportunity to give football back to the fans and put them at the heart of the operations and strategy of a leading global football club.”

The bid from the Ricketts family is backed by billionaire hedge fund entrepreneur Ken Griffin.

Turkish businessman Muhsin Bayrak, who had previously expressed an interest in the club, said late on Friday that his company AB Group Holding had not filed a bid.

Bayrak attributed AB Group’s failure to meet the deadline to a misunderstanding with his lawyers over the auction procedure, telling news agency Reuters that he was “very upset” by the situation.

Abramovich bought Chelsea in 2003 for £140m but in his statement announcing his intention to sell he said his ownership had “never been about business nor money, but about pure passion for the game and club”.

He values the club at £3bn and has loaned the club £1.5bn – but said he will not ask for any loans to be repaid. Abramovich has also said proceeds of the sale would be donated to war victims.

The funds from the sale could go to a charitable organisation or into a frozen account.

Who are the potential bidders for Chelsea?

What is the club worth?

Abramovich bought Chelsea in 2003 for £140m but in his statement announcing his intention to sell he said his ownership had “never been about business nor money, but about pure passion for the game and club”.

He values the club at £3bn and has loaned the club £1.5bn – but said he will not ask for any loans to be repaid. Abramovich has also said proceeds of the sale would be donated to war victims.

The funds from the sale could go to a charitable organisation or into a frozen account.

Football finance expert Kieran Maguire has said the £3bn price tag “does seem excessive” given the size of Stamford Bridge.

“Most commentators take the view that it’s not big enough to generate the money that somebody would want going forward,” Maguire said. “There is no capacity to increase Stamford Bridge given where it’s located in London so therefore moving elsewhere in London would be very expensive indeed.”

Can some of the potential buyers afford Chelsea?

Chelsea has lost more than £900,000 a week since Roman Abramovich acquired the club, with a wage bill of £28m a month.

Most of the organisations that have come forward are linked to American investors, who have franchise investments in the NFL, NBA and so on.

What they will be looking to do there is change the model so there is better cost control at Chelsea, or trying to generate additional money.

Taking a look at Aethel’s own accounts it is unusual how a company with relatively few assets could make a bid as large as we’re talking about, in the £2-3bn arena.

How quickly could the sale go through?

Abramovich has owned Chelsea since 2003, with the club winning 21 trophies during his tenure. He had his British assets, which include Chelsea, frozen by the UK government and was disqualified as a director of the club by the Premier League.

The Blues are allowed to continue operating after a special licence was issued by the UK government,

This also ensures Chelsea’s 800 staff – plus hundreds more on matchdays – are paid and allows existing season ticket holders to attend matches, but a new licence will need to be issued for the club to be sold.

Premier League chief executive Richard Masters said earlier this month: “The quickest one [sale of a club] we’ve done is 10 days, but that’s not to say it can’t be beaten.

“Normally it’s a matter of weeks but it depends on the complexities and the number of potential owners.”